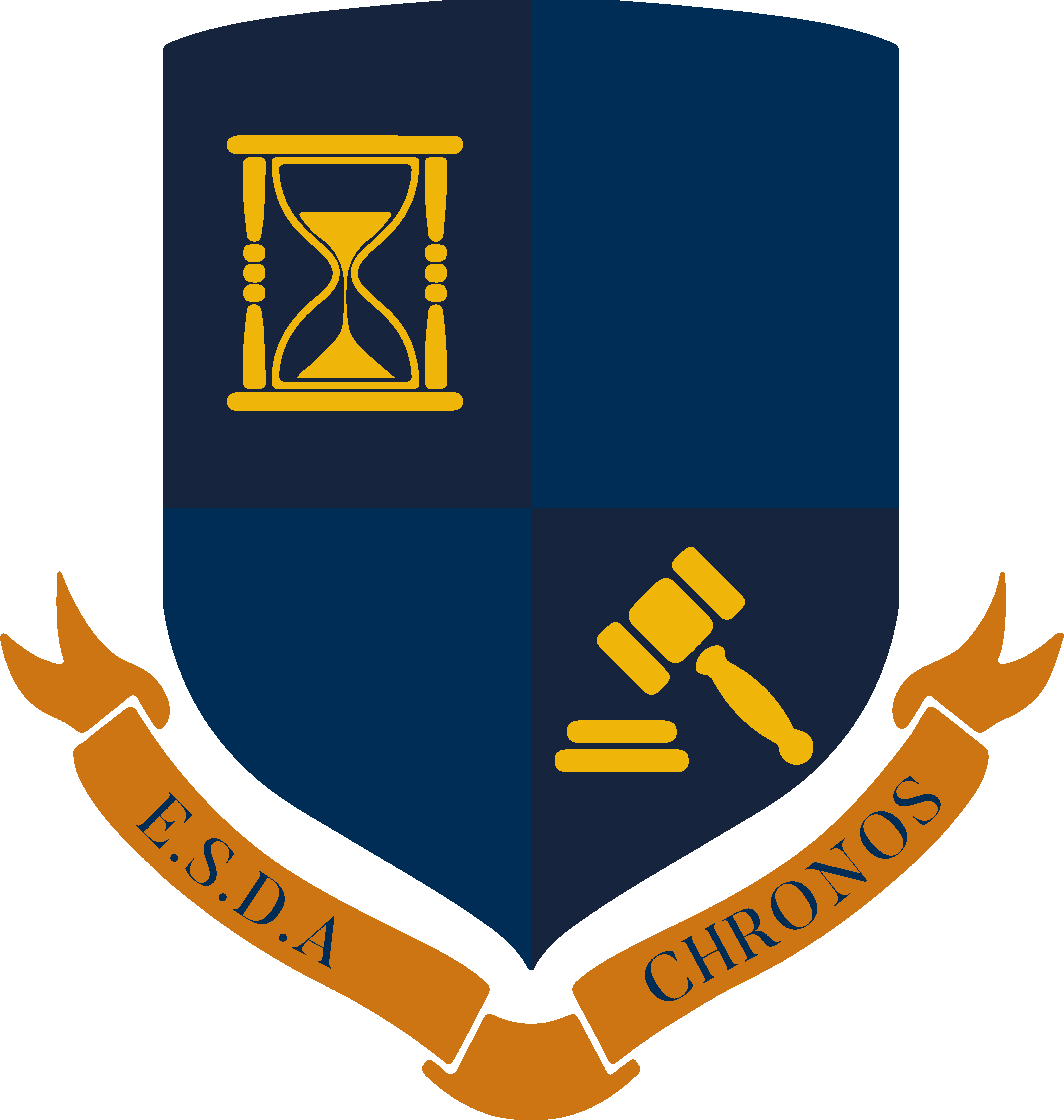 Debating is a fun and challenging activity in which you will use all your intellectual abilities, it's much more similar to a game of chess than a shouting discussion between two drunk people. In a debate you must express your arguments clearly in well substantiated always and find flaws in the arguments of the opposing side. You will be forced out of your comfort zone and you will have to defend and find arguments in favor of some position with which you might not agree. In our association you will always be able to participate in the debate (we do as many debates in parallel in different rooms as needed) and we guarantee having always at least one room debating in English. If there are enough people interested in debating in Dutch, there will also be a Dutch speaking debate.

"A debate is a regulated public speaking clash between educated people, who use strategy, content and manner in order to support their case. Logic, persuasion, wittiness, respect and knowledge are the major key components that will be cultivated and put to test, disregarding your own views and beliefs on any matter." - TU Delft Debating Club

When do we debate?

We debate every Monday (with the exception of public holidays) during the academic year starting at 18:00 in Luna 1.240 on the TU/e campus. You are welcome to pop in if you are curious, there is no need for prior registration.
Be sure to check out our Facebook page to check for irregularities!

Debating will be beneficial to your own personal development in many different ways.

Are you not convinced? Then come and show us how we could have convinced you, we are all learning and your input is very welcome.

How does it work?

There are many different formats of debating, but all of them have a similar structure. We have two teams, a team of judges, and a motion (the topic of the debate). People talks in turns for a limited amount of time trying to convince the judges of their position. Motions usually tackle interesting current situations, for example debates on the moral limits of genetic engineering or artificial intelligence, or current international events. The motions are usually expressed in the following way:

"This house would implement a direct democracy system".

The teams are assigned a side, one team will be in favor of the motion and the other will be against it. The teams are given some minutes to come up with arguments to defend their position, then the debate starts. All the members will speak in turns presenting their arguments and rejecting the arguments brought by the other side. Finally the judges will choose which team won and give them feedback for future debates.

In this association we usually do BP ("British Parliament") debates. In BP there are 2 teams, called Government and Opposition, with 4 people on each team. Each of the teams is divided in two couples, called Opening and Closing, who will prepare their arguments separately. The speaking order will be as follows:

Need some references to back you up in an argument? We got you covered!

A starter guide, courtesy of the National Speech & Debate Association. 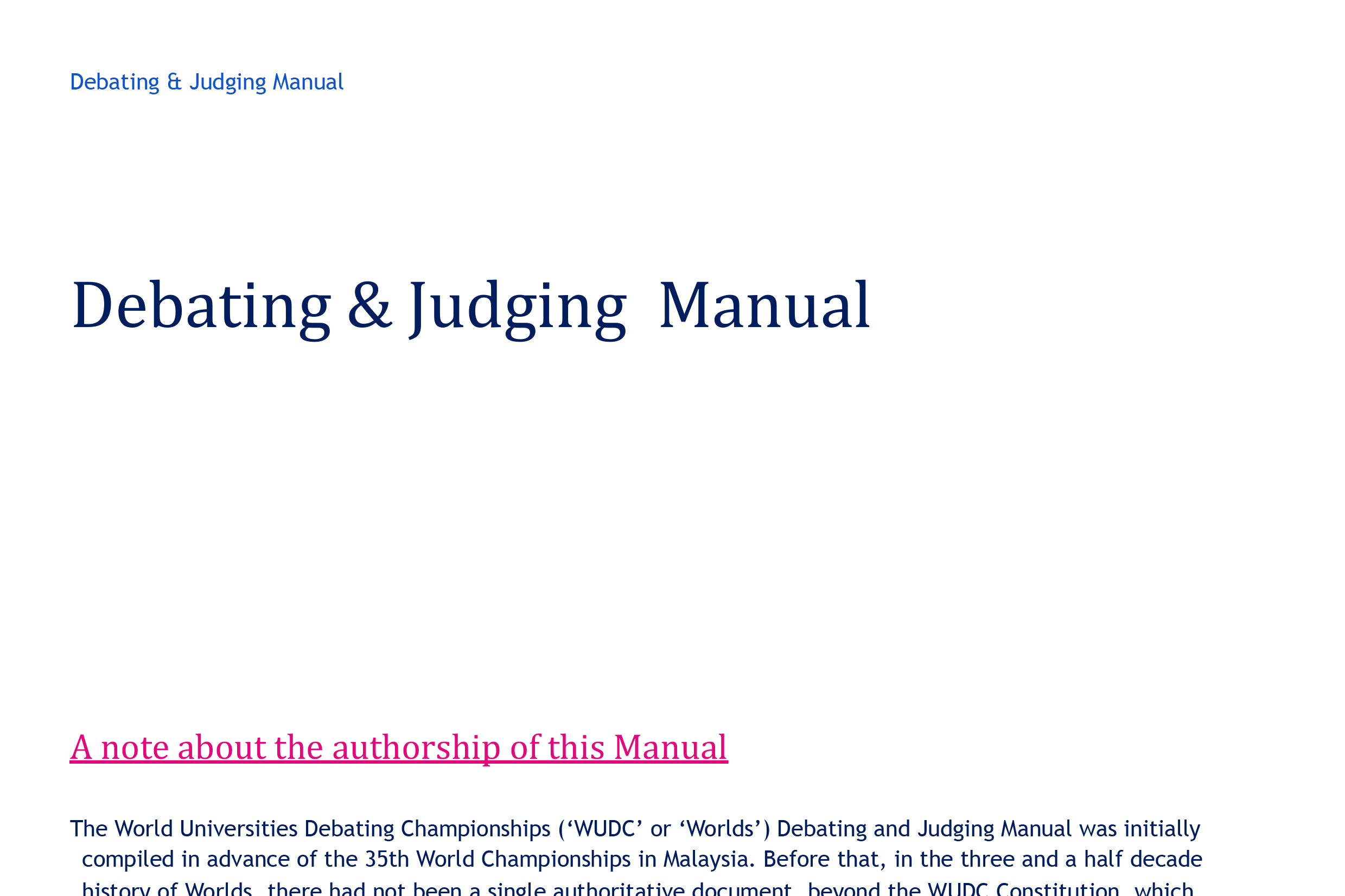 The leading manual in the world of debating, courtesy of the WUDC. This also contains the WUDC Speaker Scale which is used globally at tournaments (Appendix A).

We go to international and national debating tournaments, where we meet with lots of interesting people and have a lot of fun!
A semi up-to-date overview of tournaments can be found on the website of the Dutch Debating association NDB.
For more options we implore you to ask one of the board members about tournaments and to read the newsletter!